On Saturday, March 28, Nigerians will go to the polls in a highly anticipated and politically charged election. Incumbent President Goodluck Jonathan is being challenged by Muhammadu Buhari in a very close race. The vote should have already taken place on February 14, but it was postponed by the Government because of instability in the northeastern region of the country caused by the extremist group Boko Haram. Government officials argued that they could not organize polling and that people would not be safe going to the polls. Boko Haram had taken control over 14 districts in the northeast state of Borno as of mid-February. Political rivals countered that the ruling party was merely delaying the elections because of fears that it might lose.

Government forces, reinforced by a regional task force of troops from Chad, Niger and Cameroon, mounted a coordinated and sustained attack on Boko Haram held areas. By March 21 they had taken back 11 of the 14 districts and claim to be close to defeating Boko Haram. In response, Boko Haram has returned to its terrorist tactics of suicide bombings to engender fear. Many believe that Boko Haram will step up attacks on the day of the election in an attempt to disrupt the vote and undermine its legitimacy.

The Catholic Church in Nigeria has repeatedly worked with the Muslim community for peaceful relations between the Christian and Muslim faith communities and for respect among the many ethnic groups in Nigeria. The Church has also consistently urged the government to promote social cohesion and good governance. The Catholic Bishops’ Conference of Nigeria met with the two candidates during the election campaign and called on them to be selfless leaders in service to the good of their people. In reaction to the postponement of the election, the Church insisted that the government should ensure that elections be held and that they be both credible and accurate. Pope Francis urged the bishops of Nigeria to remain steadfast in their support for peace in the face of violent extremism and fundamentalism. US Secretary of State John Kerry traveled to Nigeria in January to promote peaceful elections. On March 23, President Obama addressed the people of Nigeria to urge them to reject violence and extremism and instead show their support for a more peaceful, secure and prosperous future.

The stakes in this election are high. President Goodluck Johnathan, a Christian, is running against Muhammadu Buhari, a Muslim and former military leader. The Nigerian people are split almost evenly between the two faith communities that have long competed for power. Many fear that the elections will provoke another round of violence; in the 2011 election campaign about 800 people lost their lives. In an attempt to prevent instability, on March 23, the two candidates signed an agreement to respect the results of the election and urged their supporters to refrain from violence.

Let us pray for the people of Nigeria that they will deepen their democratic traditions, reject violence and take a big step forward towards a future of peace and prosperity.

Stephen Hilbert is a policy advisor on Africa and global development at the USCCB Department of Justice, Peace & Human Development.

One thought on “Nigeria: On the Eve of Crucial Elections” 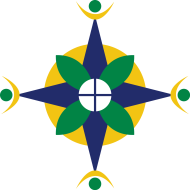