This month is the 50th anniversary of Blessed Pope Paul VI’s encyclical, Populorum Progressio (On the Development of Peoples). The examples above are only a few of the ways that Catholic faith communities are responding to Paul VI’s call today.

Paul VI spent the first years of his pontificate shepherding the Second Vatican Council to its conclusion, visiting the United States and the Holy Land and, in doing so, brought the Catholic Church into the modern world. He began healing ancient divisions among Christians and challenged the entire world to peace. It shouldn’t be a surprise, then, that his 1967 contribution to the Church’s social tradition, the encyclical Populorum Progressio (On the Development of Peoples) has been called the “Magna Carta on development.”

In it, Paul VI builds on the already rich social teaching of Pope Leo XIII (1878-1903), Pope Pius XI (1922-39), and St. Pope John XXIII (1958-63) and focuses on inequality and underdevelopment. He offers a global vision for economic justice, development and solidarity. This vision is as challenging in 2017 as it was 50 years ago.

Here are a few major themes of enduring relevance:

Ending poverty: a mandate for all.

Paul VI writes: “The hungry nations of the world cry out to the peoples blessed with abundance. And the Church, cut to the quick by this cry, asks each and every man to hear his brother’s plea and answer it lovingly.”

Ending poverty is the responsibility of all of us.

We must work towards a world where all people can be “artisans of their destiny” and where “the needy Lazarus can sit down with the rich man at the same banquet table.” The economy must be made to serve the human person (instead of the other way around).  We must address inequality and restore dignity to workers.  And we must remember that the needs and rights of those in poverty take precedence over the rights of individuals to amass great wealth. The Church has a preferential option for the poor.

“Development is the new name for peace.”

Paul VI’s challenge on poverty leads directly into his appeal for peace. Development is “the new name for peace,” he writes. Development leads to peace, since “peace is not simply the absence of warfare.” And war, which destroys societies and the individuals who inhabit them, and which the pope railed against in his 1965 address to the United Nations, is human development in reverse. Authentic development responds to the needs of the whole person, including both material and spiritual needs. It results instead from fighting poverty and establishing justice. Paul VI would distill this in his theme for World Day of Peace 1972: “If you want peace, work for justice.”

True development requires a true commitment to solidarity—the idea that we are one human family, each responsible for all.  Without solidarity, there can be no progress toward complete development. Those who are wealthy can also be poor—morally poor—as they live blinded by selfishness. We have to overcome our isolation from others, so that “the glow of brotherly love and the helping hand of God” is reflected in all our relationships and decisions.

Inequality is a global issue, and wealthy countries should act to help nations in need through “aid,” relief for poor countries “overwhelmed by debt,” “equitable trade relations,” “hospitable reception” for immigrants, and, for businesses operating in foreign countries, a focus on “social progress” instead of “self-interest.” Sadly, these are all issues still in need of our attention.

So enduring was Paul VI’s vision, John Paul II revisited it in Sollicitudo rei Socialis (1987), as did Benedict XVI in Caritas in Veritate (2009). Its themes are also strongly apparent in Pope Francis’ vision of peace rooted in integral human development in Evangelii Gaudium (2013) and Laudato Si’ (2015). Pope Paul and Pope Francis both challenge our current response to poverty and violence. They challenge us with the alternative of a vision that is cohesive and global, Catholic in the truest sense. 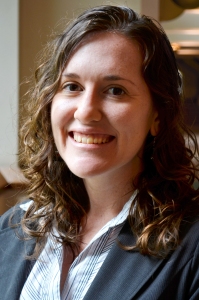 Jill Rauh is assistant director of education and outreach of the Department of Justice, Peace and Human Development of the U.S. Conference of Catholic Bishops.

Visit WeAreSaltAndLight.org for additional examples of Catholic faith communities’ efforts to pray, reach out, learn and act together. You can also see ideas for faith-inspired action.

“The exclusive binary model of market-plus-state is corrosive of society…”
Pope Benedict XVI, Caritas in Veritate 39

The recent beatification of Blessed Pope Paul VI has reminded us of his deep commitment to justice and the role of the Church’s social doctrine in lifting up human dignity and promoting the common good in the political, economic and social order.

Pope Emeritus Benedict XVI, in Caritas in Veritate (CIV), recalled that Paul VI urged the formation of an economy in which “all will be able to give and receive without one group making progress at the expense of the other” (Populorum Progessio 44).

As we approach another election, we are afforded the opportunity to exercise our right to participate in the political life of the country and our local communities. Yet it is arguable that our choices are often relegated to a narrow space between support for either bureaucratic state control or the pervasive laws of the market, to govern the totality of civil society. This false binary logic plays itself out in an increasingly hyper-partisan political culture pitting liberals against conservatives, free marketers against proponents of the welfare state, or other labels one decides to use. This overriding logic, according to Benedict XVI, has “accustomed us to think only in terms of the private business leader of a capitalistic bent on the one hand, and the State director on the other” (CIV 41). Perhaps it is time we reconsider the social question and how the political economy serves, or undermines, human life and dignity.

Church teaching calls for us all to be active participants in civic life. As the Catechism of the Catholic Church (CCC) states, “It is necessary that all participate, each according to his position and role, in promoting the common good” (CCC 1913). This is also echoed in Forming Consciences for Faithful Citizenship: A Call to Political Responsibility from the Catholic Bishops of the United States (Faithful Citizenship 4). But the bishops also remark how Catholics often feel “politically disenfranchised”, given limited political options and how these compare to the breadth of the Catholic social teaching tradition.

This disenfranchisement, I believe, is traceable to the false binary logic that Benedict XVI describes. In CIV, building on the thought of both St. John Paul II and Blessed Paul VI, Benedict suggests we should think differently. He suggests that the social teaching of the Church has something more genuine to contribute to the social question than the current global order affords.

Benedict refers to an “economy of gratuitousness” (CIV 38) where both the political and economic life is oriented in the service of the person, promoting solidarity and human dignity. Ultimately, this is a political and economic order rooted in the values of love and gift, or reciprocity. A social order of this quality is better suited to the integral development of the human person in his or her material, social, political and spiritual being. Greater and more meaningful global participation in social life, especially by people on the margins of society, is possible than is reflected in our current economic and political arrangements.

Pope Francis has spoken many times of an economy that kills and excludes, where for many, “it is a struggle to live, and often, to live with precious little dignity (Evangelii Gaudium, #52). Such an economic and political order denies the “primacy of the human person” (EG #55), he argues, and lacks a truly humane purpose.

Paul VI and Benedict XVI challenged us to think imaginatively and consider the values that drive our global order.

How different would our world look if it were grounded on an ethic that placed the human person and the strength of families and communities first? Poverty, hunger, violence, the good of families and persons, political participation and other concerns, I suspect, would look radically different if the virtues of caritas, gift of self and love were the basis of our human interactions.

Perhaps it is time we rethink the social question anew.

Anthony J. Granado is a policy advisor at the USCCB’s Department of Justice, Peace & Human Development.